The Mediterranean Sea is what scientists call a Hot Spot for Climate Change. That is particularly true for the south-east of France, a territory where all the effects of global warming can be observed, from the top glaciers of the Alps to the low Mediterranean coast, the thick pine wood forests and the agricultural plains. According to the IPCC models, the beautiful Provence is going to be struck in the next 30 years by higher risks of sea rising, forest fires, floods and drought, all due to the temperatures rise between 2 and 4°C. What will the 21th century look like in that area inhabited by 5 millions and where the population rises over 10 millions, just on the French Riviera in summertime? What will be the impact of climate change on that paradisiac environment, on its economy and population until 2100?

The Roads of Jade – documentary 90 minutes 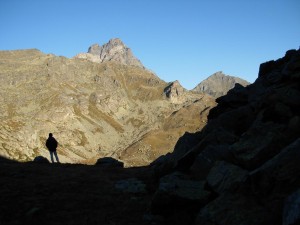 2500 m high in the Alps, after almost 10 years of researches, the French archaeologist Pierre Pétrequin (CNRS) finds a quarry of jade, which was formerly exploited by men during the Neolithic, 7000 years ago.

The exceptional discovery is going to allow him to solve one of the toughest enigmas of European Prehistory : which is the meaning of the mysterious objects, jadeite axes and rings, that were buried in most of important tombs of the European continent during this time ?

From the Atlantic to the Black Sea, and from the Baltic to the Mediterranean, we discover, step by step, another face of Europe, a territory that becomes a continental network for exchange of highly valuable goods and new social ideas during the late Prehistory.

The Pitch : To the Roots of Music with Roberto Menescal

The legendary, Gammy awarded composer and guitarist Roberto Menescal returns to the roots of his music and 60 years career as a master of Bossa Nova. Blossomed in the 1950s in the tropical landscape of Rio de Janeiro, this avant-garde movement keeps on influencing the whole world of music for 60 years. Meeting scientists and artists along a muscial journey, we discover with him the influence of the beautiful Mata Atlantica, a world of rythm and sounds and a World Treasure, on culture and Mankind.

A Musical Journey into Nature 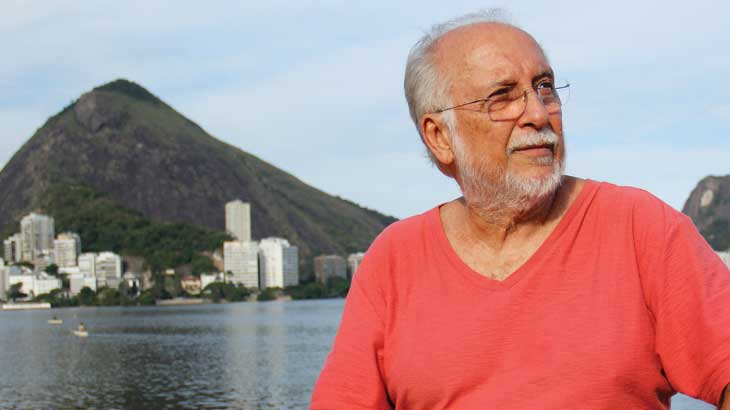 The film proposes a ride into Nature and wild life in shape of a cool musical ballad on the Eastern coast of Brazil. Lead by Menescal, both famous for his Gammy awarded 60-years career, and his knowledge of botany, it brings together acclaimed musicians such as Tom Jobim, Joao Gilberto, Gilberto Gil and the young American singer Stacey Kent, to reveal the deep connection of their music with the environment. Backed by bird-watchers, biologists, specialists in bioacoustics, we discover the Brazilian Atlantic Rainforest as a whole, crossed by specific vibrations and energy. From the sky to the ground, listening the calls of animals and the whispers of the trees, the harmonies and rythms of the forest become the melodies and tempo of bossa nova.

Jean Philippe (France) – A writer and a journalist, former host of radio shows specialized in Brazil for 20 years, he worked as a musical advisor and a co-author for several documentaries for Arte, France Télévisions and the Brazilian market: A descoberta de Orfeu (2014), A Dream Team (2006), Looking for Orfeu Negro (2005). Also a musician, based in Cannes, he composed and recorded the album Rêver au Brésil (2012) with Menescal (guitar), Wanda Sa (vocals) and Raul Mascarenas (flute).

Jean-Marc Cazenave (France) – Author and director for 10 years, he has made several documentaries about Brazil since his first film, Sweating in Bahia (2007). The country has always been a lucky star to him: he was in competition at Sao Paulo International Film Festival (2008), represented news French directors in Brazil during the Year of France (2009). As a director of photography he is a hunter of beautiful images and is especially good at managing teams during drone shootings and 3D conception to support the storytelling of his films.

Exceptionnally gifted for perception and recording of the sound, the bioacoustician Juan Pablo Culasso (Uruguay) is one of the key-member of the team. Aged 30, he won NatGeo South American contest “Superbrains” in 2014. Born blind, he is able to name more than 500 bird spieces just hearing their songs. For the last past two years, he has been recording natural sounds on several South American great natural sites, until Antarctica. With his extroardinary sensitivity and knowledge of wild life and sounds, he brings the invisible life of the Mata Atlantica up to the screen.

From the 1950s to our days, greatest hits by Menescal, Joao Gilberto, Antonio Carlos Jobim (The Girl from Ipanema, Aguas de Março) and by young musicians such as Stacey Kent, bring us back to the original spirit of Bossa Nova, breezing like a cool wind on the emotional landscapes of the Mata Atlantica.

Vitaly Statzynsky, Russian graphist, 81, has been spending 31 years in exile in Paris. In the 1960s and 1970s, he took part of the Avant-Garde movement of artists refusing the Sovietic Realism in order to follow their own inspiration…